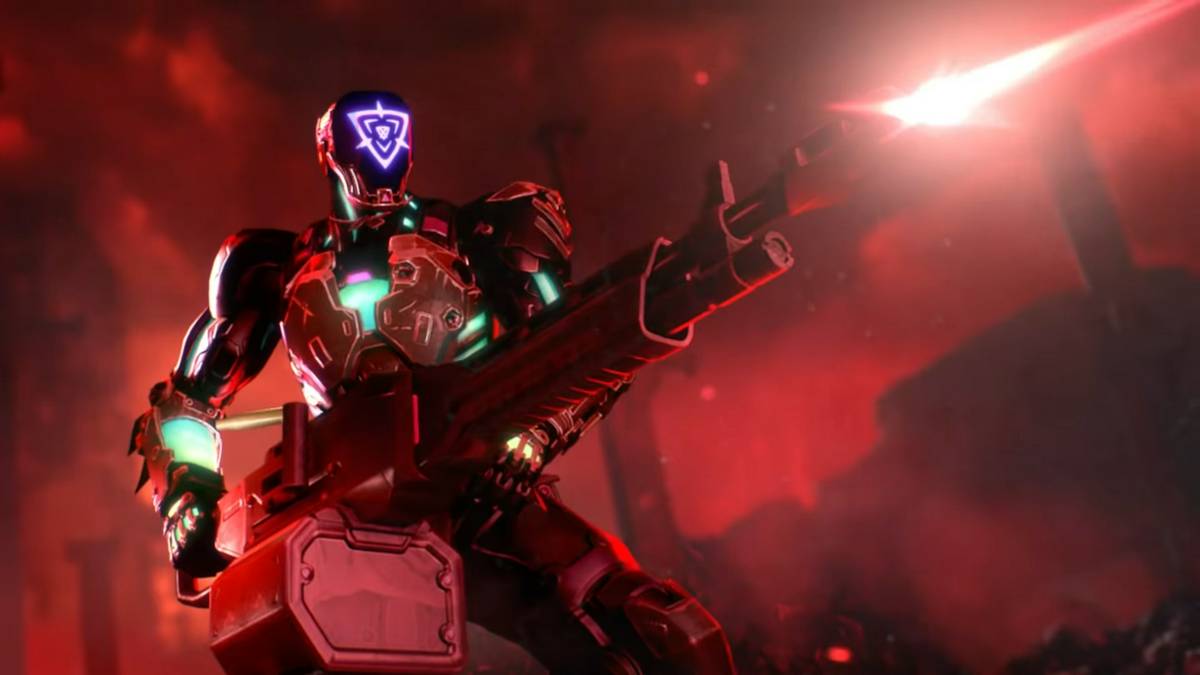 patch
weapons
agents
Valorant has had its fair share of divisive patches since its release, with changes like the OP price increase and accuracy while moving/jumping being contentious for the community at large. However, patch 3.0 isn’t one big balance change or the tweaking of a core system. The entirety of Valorant’s economy is changing on top of more changes to accuracy while moving Ults cost more across the board, many weapons saw some price drops with one particular weapon seeing a much-needed price increase. Ability costs have changed for many Agents, with a few abilities, in particular, being put at ludicrously high costs in comparison to where they were before. Through these sweeping changes, what do you need to know to stay competitive on patch 3.0? 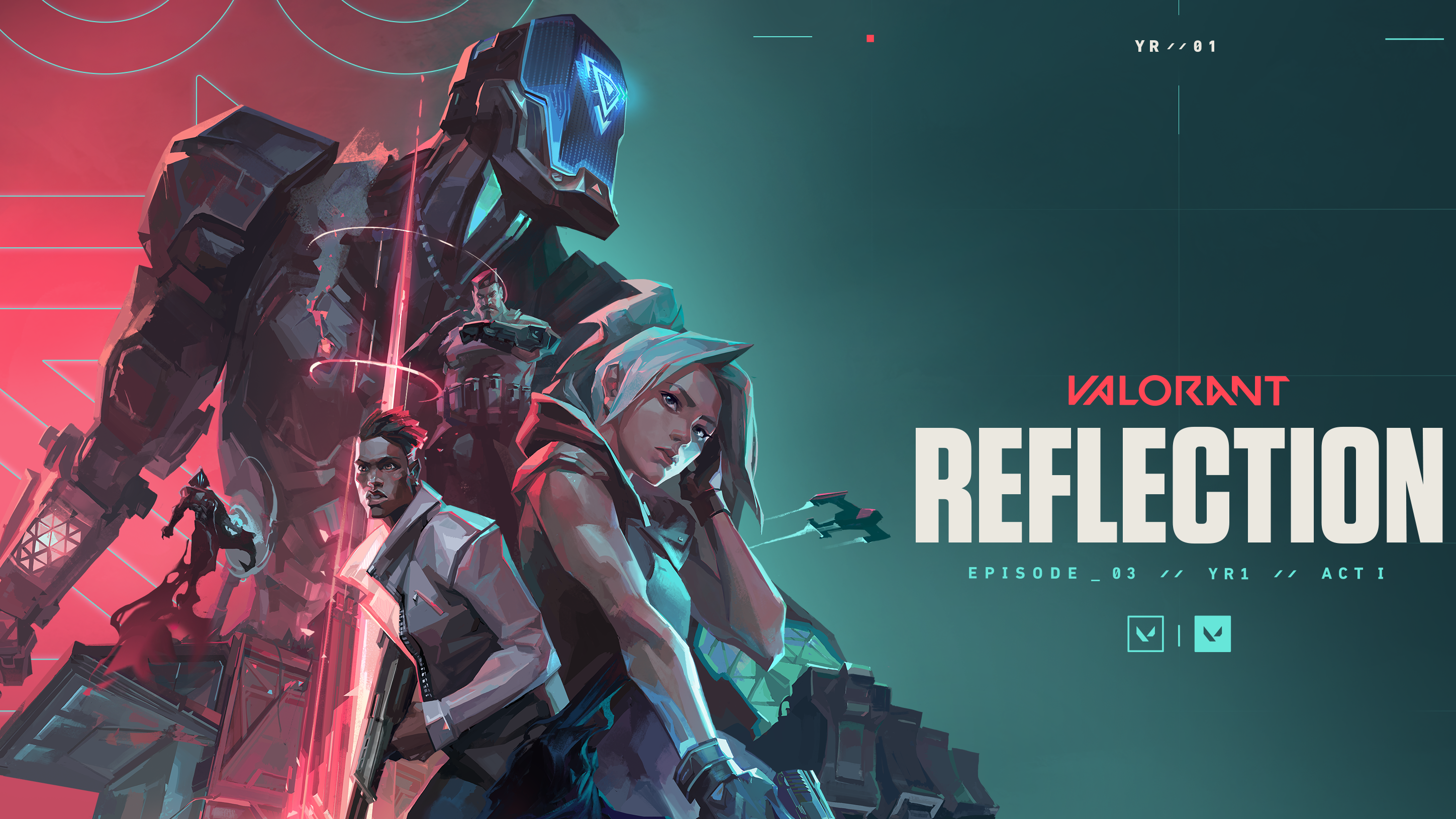 Q - Flash/Drive
A flash grenade that explodes after a short fuse, blinding anyone in line of sight.
E - Zero/Point
A thrown blade that sticks to the first surface it hits, winds up, and suppresses anyone in the radius of the explosion.
C - Frag/Ment
A thrown explosive fragment that sticks to the floor and explodes multiple times, dealing higher damage close to the center of the explosion.
X - Null/Cmd
Instantly overload with polarized radianite energy that empowers KAY/O and causes large energy pulses to emit from his location. Enemies hit with these pulses are suppressed for a short duration.
KAY/O fills a new role in Valorant. Suppress works like silences do in most other games, meaning that it shuts down other Agents’ abilities and makes them unusable. It’ll take some time to see what inventive players do with this new type of CC, but the fact that KAY/O also has a grenade and a flash means that he has a full set of tools. His ultimate seems to have a bit of a learning curve considering it makes KAY/O’s health rocket to 850 once he takes lethal damage, but also forces him to remain stationary until he’s revived. KAY/O’s ultimate requires the backup of a well-coordinated team to be effective, but it has the potential to make KAY/O ridiculously hard to kill. Overall, he seems like he’ll be a good addition to Valorant.

Many of Valorant’s weapons have seen price changes. Most of these changes are decreases for some lesser bought economy options, with a notable price increase for the Judge. This is what the patch 3.0 buy screen looks like:
Price Decreases: Shorty, Frenzy, Stinger, Bucky, Bulldog, Marshal, Operator, Ares.
Many of Valorant’s mainstays (Spectre, Vandal, Phantom, Ghost) have maintained their price, but they seem more expensive compared to their cheaper counterparts after all of these price changes. Riot’s philosophy this patch seems to have been increasing ability prices across the board and making some of Valorant’s economy options a more attractive purchase in the right situation.
For reference, here are Valorant’s weapons ordered by kill % as of the last patch’s end: 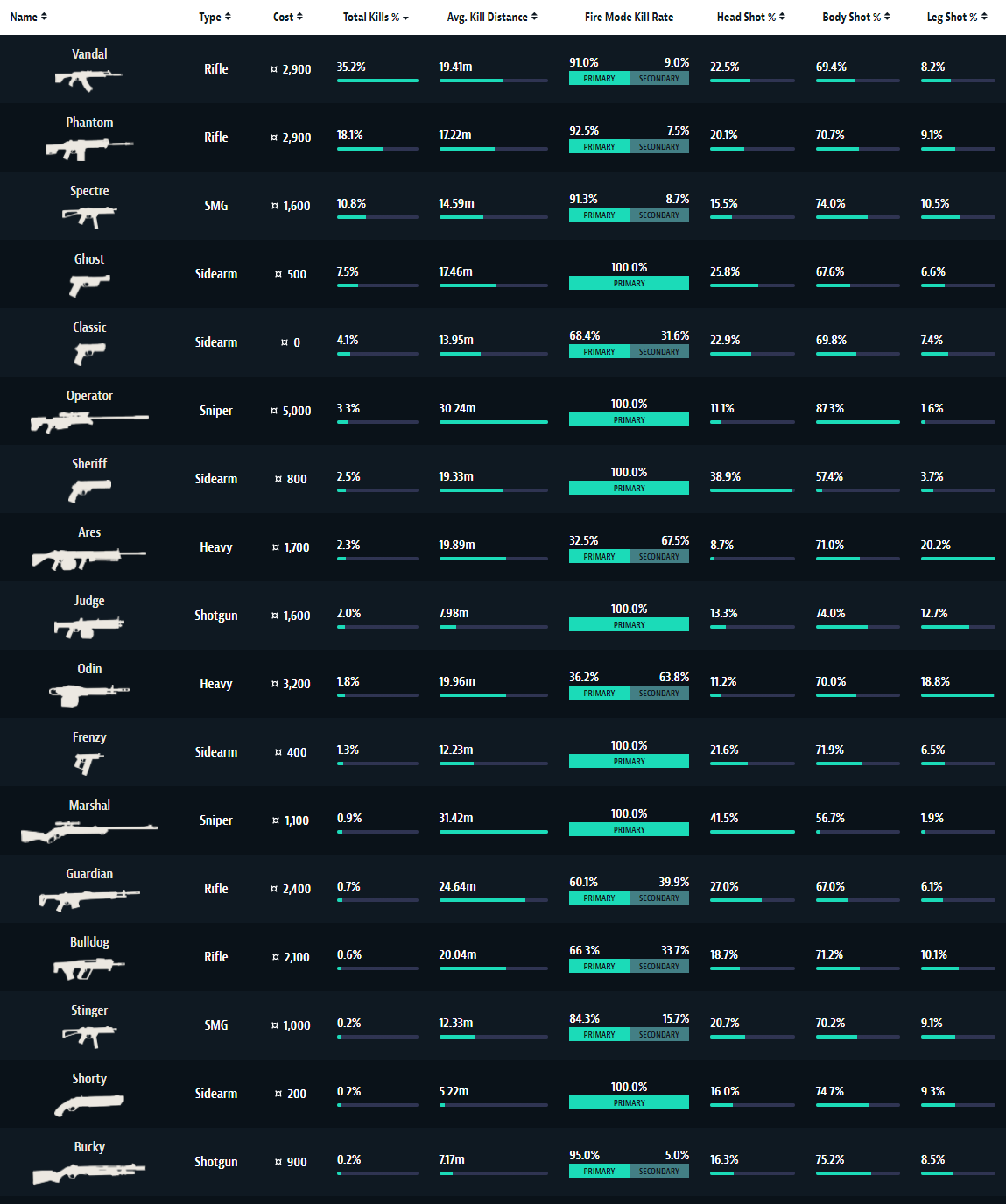 As you can see, most of the price decreases are focused around weapons that were at the bottom last patch. The Operator is a special case, but bringing its price down to 4700 means that you can buy the weapon and some of the more expensive abilities without having to hoard a massive amount of Creds.
In addition to all of these changes, two weapons have had some balance changes.

Riot has had an everlasting balance battle with moving accuracy in Valorant, and this patch has a large focus on making Shotguns the only weapon type with decent moving accuracy. Every SMG, Rifle, and Heavy weapon has had its walking accuracy drastically decreased. All pistols have had their walking and running accuracy decreased. On patch 3.0, the importance of stopping and shooting is going to be even more important than it was before. Keep this in mind when using anything other than a Shotgun.

Along with all of these balance changes, Riot is implementing a whole host of QoL changes to make Valorant a smoother experience. In addition, Valorant will have a player level this patch, making it so that more experienced Valorant players have a way of showing how long they’ve been playing. As is tradition with a big patch like this, we’re also getting a brand-new Battle Pass with that includes all sorts of new weapon skins, gun buddies, sprays, and player cards.
One of my personal favorite changes this patch is an updated kill feed. The kill feed will now show which kills you participated in, it’ll indicate who assisted with that kill, and it will show when you’ve killed someone affected by a revive mechanic (Phoenix ult, Sage ult, etc..)

This may not seem like a huge change, but these sorts of small clarity updates really add up to make Valorant a more enjoyable and streamlined experience for everyone.

Patch 3.0 is a near-complete overhaul of Valorant’s economy. Weapons and abilities that weren’t changed seem stronger or weaker as a result of the changes around them. It’ll be exciting to see whether or not some of the cheaper economy options get some love this patch, or if most players are still going to buy their choice of Rifle when they can and just take the economic hit from increased ability prices. Whatever happens, the best way to get a feel for the new patch is to get out there and play. Valorant patch 3.0 is live now!
You can find the full patch notes here.

July 27, 2021
3 Underrated Valorant Agents
Some of Valorant's agents are must-picks. But are there agents who are overlooked? These are our top three underrated agents.
July 22, 2021
The best weapon for ranking up in Valorant
In Valorant, not all weapons are equal. Which one is the best choice to equip when climbing the ladder?
June 30, 2021
Is the Judge still god after Patch 3.0 nerfs?
With the changes implemented in Patch 3.0, where does the Judge stand now among the other weapons in the Valorant arsenal?
June 17, 2021
KAY/O early reactions
Today, Riot released a trailer revealing Valorant's newest agent: VaKAY/O. Let's talk early reactions to the killing machine!
June 10, 2021
The Rise of Controllers
Breeze has brought new life to Valorant's Controllers, shifting the meta toward their specialty.
May 27, 2021
How to counter Valorant's Sage
One of Valorant's most popular agents, Sage can be a pesky opponent. We've gathered some tips for countering her.
0
Beta
AboutSupportPrivacy PolicyTerms of Use
Follow Us
AboutSupportPrivacy Policy
Terms of Use
Follow Us
Copyright 2022 Elo Entertainment Inc. We're Hiring! VALORANT is a registered trademark of Riot Games.